Who is Andrew Wiggins 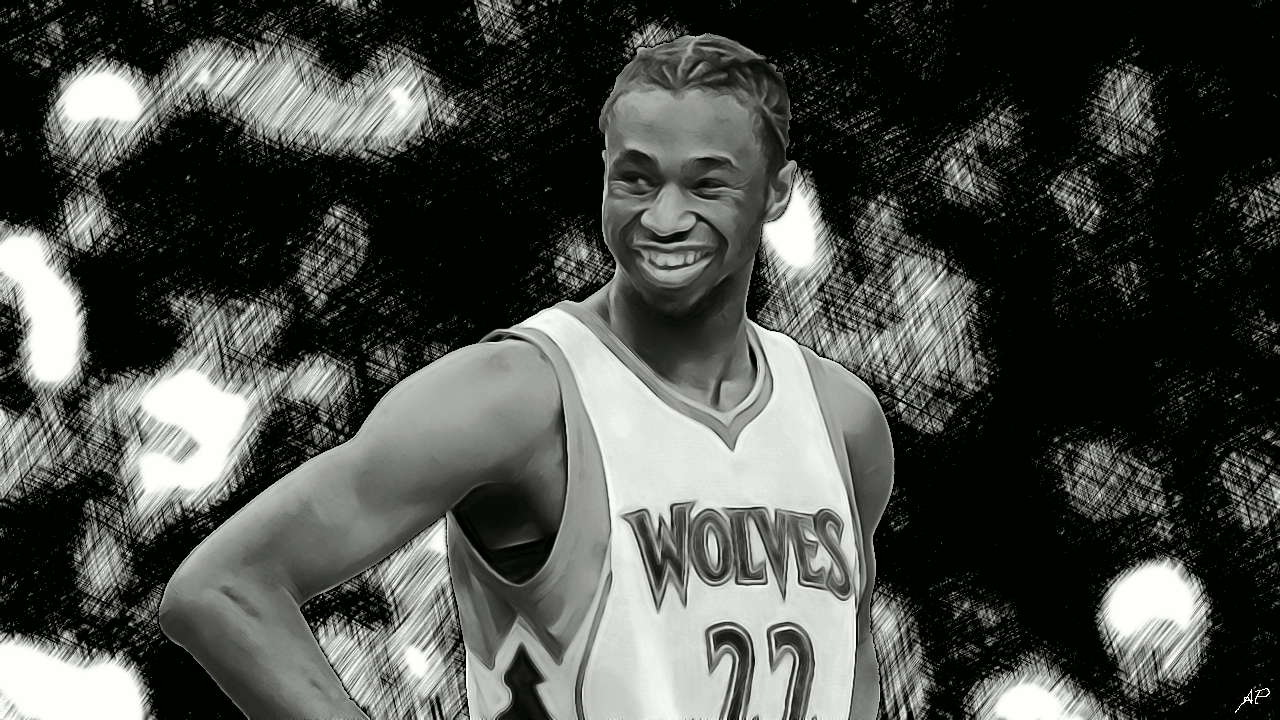 Andrew Wiggins was born in Toronto, Ontario, Canada on February 23, 1995. He was raised in nearby Thornhill, Ontario. His professional basketball career started on March 31, 2014 where he was the first overall selection in the 2014 NBA Draft, chosen by the Cleveland Cavaliers.

Wiggins played the Small Forward position with the Minnesota Timberwolves, and on October 11, 2017, he signed a $148 Million five-year contact extension.

On February 6, 2020, Wiggins was traded to Golden State Warriors in a 6 player exchange.

Andrew has been compared to the legendary Michael Jordan. Since Wiggins is from Canada, one of his nicknames is Maple Jordan while he was in high school. Another comparison to Michael Jordan is the nickname Junior Jordan. Other nicknames include The Prospect and Mr. Fantastic.

"A lot of great memories there. You know, everyday...after school, before school... we used to be in the back playing basketball" 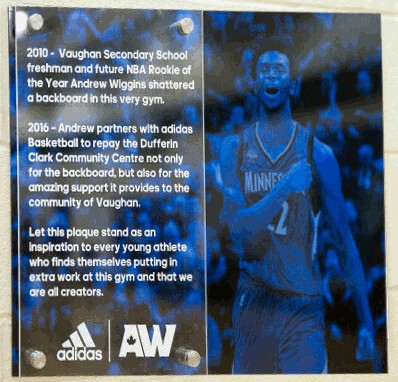 A plaque commemorates an event which occurred at the Dufferin Clark Community Centre. When Andrew was in the nineth grade, he shattered the backboard with a slam dunk.

On the plaque, it says:

2010 - Vaughan Secondary School freshman and future NBA Rookie of the Year Andrew Wiggins shattered a backboard in this very gym.
2016 - Andrew partners with adidas Basketball to repay the Dufferin Clark Community Centre not only for the backboard, but also for the amazing support it provides to the community of Vaughan.
Let this plaque stand as an inspiration to every young athlete who finds themselves putting in extra work at this gym and that we are all creators.

On February 13, 2016, Andrew returned home to where it all began to give back to his community.

Making Vaughan Proud
Andrew Wiggins
In recognition of the increditble journey that began at the Dufferin Clark Community Centre, we celebrate everything Andrew Wiggins represents to our community. Andrew is an inspirational leader and a source of pride here in the City of Vaughan and indeed all of Canada. Whenever Andrew steps on the court of the NBA, we can be proud to know it all started here - in this City, on this court, in this community centre.
Hon. Maurizio Bevilacqua, P.C.
Mayor

In 2011, Andrew transferred to Huntington. Huntington Prep is a basketball-focussed college located in Huntington, West Virginia.